9 Questions to Ask Yourself Before Starting Development (With Kellie Hartwell!) - Frag Games

9 Questions to Ask Yourself Before Starting Development (With Kellie Hartwell!) 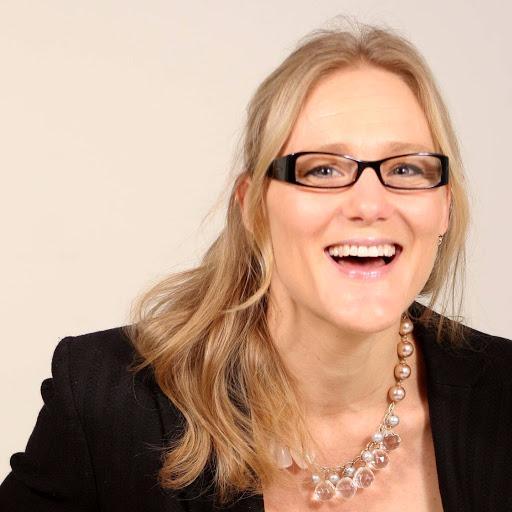 Kellie Hartwell is a mobile industry entrepreneur, executive team start-up veteran and founder. She lives in Santa Monica, has multiple projects on the way and was still generous enough to share her expertise and co-write this article with me!

Often when I’m asked my profession, I dodge the question like George Bush ducking shoes. If I introduce myself as an app publisher, more often than not, I will find myself being pitched an awful app idea. That’s when they aren’t asking me for tech support on their new phone…but I digress.

What I do appreciate is people asking me for advice. Having been asked so many times about how to get an app made, I thought it would be useful to share my experience in writing. And this is a great place to start, because while there are many ways to screw up a good idea, there’s almost no way to salvage a bad one.

Why are so many app ideas awful? It’s not because the people pitching them are stupid – some really smart, successful people have pitched some shockingly bad ideas.

99% of app ideas are bad because people haven’t gone through the steps required to ensure their idea has at least a fighting chance.

These steps don’t go up. Ideas always start high up, in a tower in the clouds. The steps go down, descending into the details like a  treasure chamber. Carefully, methodically, you pick your way through the traps. You watch your footing. Lower and lower, till you hit paydirt.

You don’t just fling yourself off the top and hope for the best.

I brainstormed for a couple of weeks with Zaair, a director of the offshore team I’m working with, and together we put to paper some fundamentals of app ideation that we have discovered in our experience working together.

Do you have a Great App Idea? Let us help you ask yourself the hard questions.

What am I making?

You’re going to be shocked at how many aspiring appmakers can’t answer this in a sweet, short sentence. But you shouldn’t be – how many amateur novelists have written reams of pages on mysterious figures and great kingdoms and doomed romances, but can’t tell you in simple terms what their book is about? I bet you know at least one!

It’s natural – human beings think in scattered collections of ideas, not disciplined lines. It’s the first hurdle. Clearing it can be surprisingly hard, but once you’ve done it the rest of the process with be so much smoother.

An innovative ride-sharing service that allows anyone to moonlight as a taxi service using nothing but their own cars and  the geolocation technology in their mobiles?

A private, secured social platform for finding and promoting professionals or jobs through trusted networks?

A streaming platform with great compression technology, hundreds of popular licenses and a plans to create a huge chunk of original content that releases entire seasons all at once?

Why am I making this?

To solve a problem you’ve suffered from hundreds of times yourself?
To express yourself?
To get a financial return on your investment?
To probably fail but learn as many lessons as you can about the process?

We’ve seen people blow tens of thousands of dollars without ever addressing this question. WHY you’re doing something will inform HOW you do it, and if you’re confused about the why, you’re going to do it badly.

For whom am I making this?

You think your pet project is for everybody? Congratulations, there’s a 99% chance it’s for nobody.

Is it for overworked moms in American suburbs? Bored middle schoolers in Scandanavia? Girls between the ages of 13 and 15 in developing nations looking for representation? Those groups are nothing alike!

Sit down and spend at least two days – that’s 16 hours, no cheating! – really understanding who your target market is. Take the time to visualize how old they are, what the triumphs and quiet desperations of their day look like, what their disposable income is. What are their most frustrating challenges? Their greatest aspirations?

What will make them sit up, zone in, flip the table and scream “Yes! That! That’s what I want!”?

If you know the broad strokes of your product, congratulations! (this one isn’t sarcastic.) But that was just your opening salvo. Now comes the trench warfare. Fight your idea for every inch till it surrenders it’s details.

Knowing the lay of the land is fantastic, but it’s only when you dig that you find where the landmines are buried.

Our advice? Do what the pros do: make yourself a living document full of what are called user stories – descriptions of what the guy or gal who uses your app or game will experience.

User stories have a ton of great explanations online but briefly, examples of informal user stories for, say, an educational strategy game called StatCraft could be:

As a player, I should be able to:

“Create units by quickly solving math problems”
“Move units individually or as a group”
“Attack enemy units”
“Play Against Other Players 1v1 or 2v2”
“Play as 3 different races, each of which has different units and different math specializations”
“Research a tech tree”

Now, do each of these need more detail? Of course. And we have an article about that coming up all about how to ask for what you want and get it. But for now, you need to know what your vision looks like when someone actually gets their hands on it.

Google, Google, on the Desk, Has my Idea Been Done to Death?

Once you can explain your idea simply, type it into Google and be prepared to be punched in the gut.

Has your exact idea been done before, except with a 10 million dollar budget?

If so, don’t panic! Many very successful apps were twists on an existing formula. But you need to know what that twist is, artistically, mechanically, or in terms of content. And if you don’t have it yet, this is the time to come up with it. Play around with the apps which are like yours, and see what value you can add. What is it that they don’t do for you?

Basically, make sure your strategy isn’t “I want to make Facebook/Netflix/Minecraft/Call of Duty! Except worse!”

Do You Know the Unknowns?

It’s  important to be clear on all of the aspects of development, and which of those things you will need from your developer. Here are some brief bullet points on the broad categories of development.

Exactly which of these things you need will vary based on your own expertise and the project scope. It’s important to identify any gaps in your knowledge and try to fill them with at least some basic research. Make sure you and your partner have a plan for each of them.

What is this likely to cost?

Development, like film-making, tends to be more expensive than most industry newcomers believe. Learning what things cost is a lifesaver.

Sometimes, budgets are an open book. More often, a little bit of internet sleuthing and deduction is required.

Twenty minutes of research can almost always turn up a few budgets for similar projects as reference points. Let’s say you want to create an Indie game, and you have one in mind that’s similar

If two programmers worked on that game full-time for 2 years, they probably put in at least 50 hour weeks on average.  What do 10,000 man hours cost?

Or, you could avoid doing a lot of math and guesswork, and just get a studio to give you an estimate on the house!

What do your bluntest, meanest friends think about the idea?

C’mon, you know your nice friends are never going to be honest with you.

Sneaky Tip 1: Introduce it as someone else’s idea and say you’re thinking of investing in it if you can find a couple of fellow investors to go in with you. Friends tend to be a lot more critical when they’re voting with their wallets (and yours!) on what they think is a stranger’s idea.

Sneaky Tip 2: Are your friends just the best? Not a critical bone in their bodies? That’s terrible, but here’s a solution: upto 3  times a week FRAG channels their inner Simon Cowell and rips apart a few ideas for fun and profit. Well, mostly fun, but they’ve helped a few people go back to the drawing board having lost nothing but some naivete when that was what they REALLY needed.

Are you in it for the long haul?

Were you the kid who ruined their appetite with cookies, or the lanky teenager who thought Karate Kid was awesome and but quit your dojo on day 3 because you were “still learning the same punch”?

Most apps and games, especially complex ones, have relatively long development cycles and unexpected hurdles. There will be times you feel unmotivated, frustrated or just plain bored. Are you disciplined enough to work through that?

Luckily, not just for app development but almost any aspect of life, discipline can be learned if you want something bad enough.

So allow me to rephrase the question:

How badly do you want this?

If you can answer that one passionately, and honestly, you can sail over every other hurdle on this list. Unless you passionately screamed “not badly at ALL!” to the screen which, lets face it, is a weird thing to do.