For Ports and Remakes! (Part 1)

A little trip down memory lane…

Imagine this. You’re emptying out your basement and come across a dusty carton pushed into a corner. You open it for a cursory look, ready to put it outside with the rest of your yard sale relics… and stop. Inside, under a one-eyed Beanie Baby; beaten up Hot Wheels with missing wheels; chewed-up green army figures; and a stray cobweb or two; are dusty, long-forgotten cartridges and game sleeves. You pull them out, reading the titles. Donkey Kong, Super Mario, Ocarina of Time… It’s a mini gold mine. 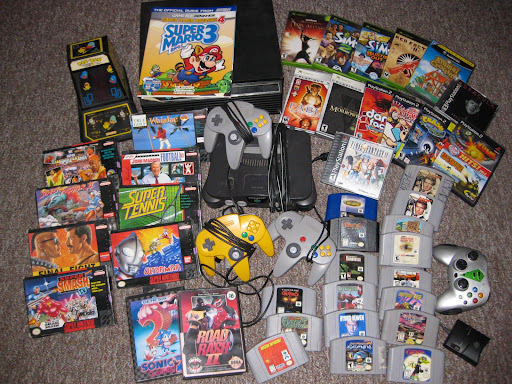 You find your old Nintendo 64 at the bottom of the carton and think, ‘Why not?’ You plug in the system to your TV, blow into the Super Mario cartridge and insert it into the console.

A couple of hours later, your kids find you in the basement, laughing and reliving old memories, and ask if they can play too. You begrudgingly hand over the controller, guiding them through the controls, slowly starting to enjoy yourself again when you see their faces light up as they play. 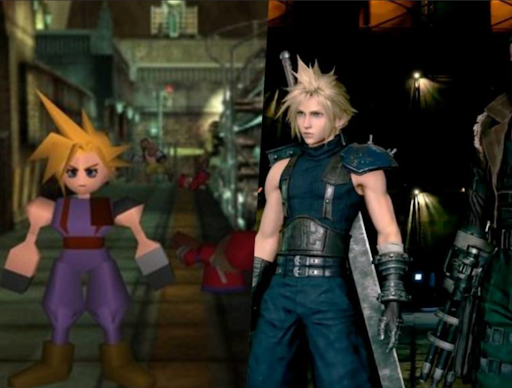 I was born in the later part of 1994; by then Final Fantasy VI was already out so it goes without saying that I missed out on the initial hype. Looking back, I can think of a lot of  older games that I would have loved to play, but most of them haven’t aged well in terms of graphics and development. I just recently finished playing the Final Fantasy VII remake and, to cut a long review short, I absolutely loved everything about it, and it made me want to play the older titles as well. The year 2020 has brought many remakes to the video game world, some welcomed; some questioned, but it gave people like me a chance to experience the older classics through a more modern lens.

“Nostalgia is a powerful thing,” says Peter Fabiano, producer and game developer at Capcom, which has had success in remaking its Resident Evil titles. “People want to see something familiar yet fresh. With games, hitting that sweet spot is a challenge.”

Who even wants to play an old game again?

Remakes are the next big thing, as proven by the success of numerous Disney films like Aladdin, The Lion King, and Mulan; not to mention a slew of wildly popular video game remakes, like Capcom’s 2019 Resident Evil 2, a remake of the 1998 original that outsold its predecessor (5 million+ copies!). 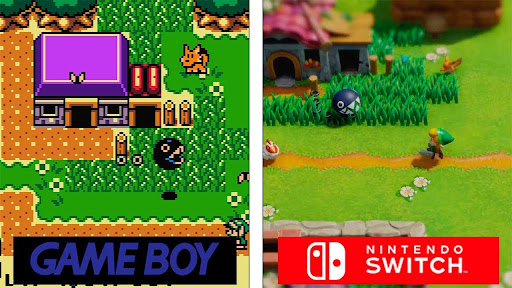 Nintendo jumped on the bandwagon by remaking Game Boy classic The Legend of Zelda: Link’s Awakening for the Nintendo Switch, selling upwards of 4 million copies in 2019. Nostalgia sells. Something that game developers clearly understand (just look at two of the most highly-anticipated games of 2021: Diablo II Resurrected and Prince of Persia: Sands of Time). And anyone wanting to draw back their old fanbase needs to bank on it.

Another major development that has indie game fans around the world buzzing, especially indie studios like Frag Games is the announcement of Braid: Anniversary Edition which is to be released in the later half of 2021. 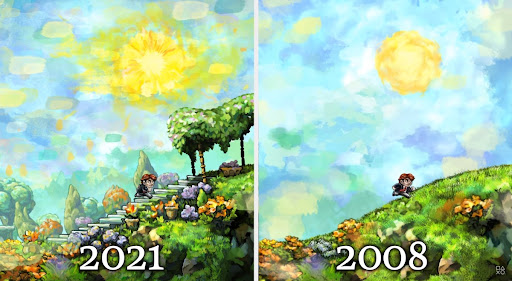 Considered one of the most influential games of the 2000s, Braid is often credited for kickstarting the indie game development boom. Developers have revealed that this edition will allow players to be able to switch between the new version and the original game on the fly, really tapping into the joy and memories of playing the first game.

A layman might use these terms interchangeably (take note, kids, don’t try to act cool talking about things you don’t know about) but there’s a fine yet definitive line between them. 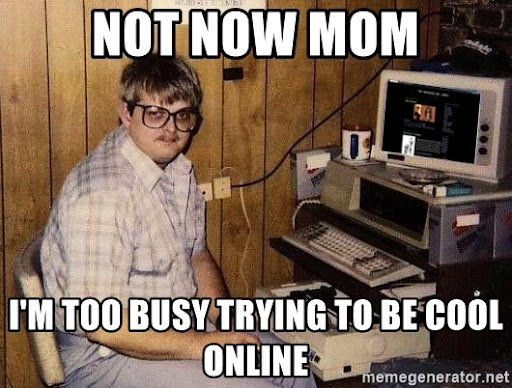 The term ‘remaster’ is used across different types of media, like movies and music, and involves enhancing the quality of the original. Same thing goes for games, despite this simple definition there are different types of remasters, depending on how much work goes into improving the original. Think of it like restoring a centuries’ old masterpiece, not changing the original, just fixing it so people today can see and experience it the way it was originally meant.

The Playstation 3 and Xbox360 era had countless HD remasters, most of which were ported titles that were made to be compatible with the new hardware. Other than upscaling the graphics, there is little to no change in the game play mechanics. Some of the most noticeable remasters are Uncharted: Nathan Drake Collection and God Of War 3 remaster. 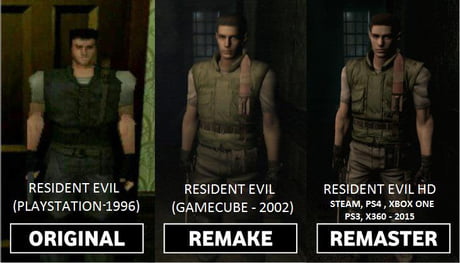 Remakes, on the other hand, are more hardcore! They’re created in upgraded game engines that are way more advanced than the original, and all the character models and environments are reimagined and meticulously remodeled with the latest technology to push the limits of current gaming hardware. Notable remakes are Resident Evil 2 and Final Fantasy VII.

Or, in easier terms, remasters are more like hammering loose parts back into place and adding a fresh coat of paint and remakes are a world reimagined from scratch. That said, both of them are repackaged nostalgia and it sells!

Stay tuned in for Part 2 of this blog in which we dive a bit deeper into the more technical side of ports and remakes.